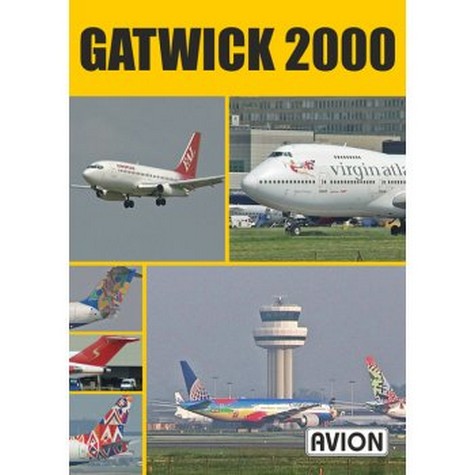 Gatwick’s always had an interesting mix of scheduled European and long-distance routes, as well as serving many holiday destinations. Back in 2000, the range of airliners seen included 737-200s of British Airways and several other carriers, although BA’s would only last a few months longer. Sabre’s 727s were regulars, as were European 1-11s; the latter being the last examples of a type that had once been so common here.

British Airways was still operating a network of long-distance services, supported by feeder routes from the rest of the UK and Europe, so there were plenty of 747s, as well as 777s to be seen. Although BA had discontinued its controversial ‘World Image’ tail fin series, lots of examples remained to be captured on this DVD.

Delta, Continental, American and US Airways all maintained busy schedules at Gatwick, along with a wide variety of European operators and holiday charters.

Filmed entirely airside, this DVD presents a fascinating review of a major European airport at the turn of the century.